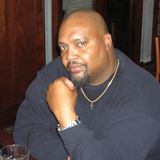 Mr. Tanks passed away Aug. 3, 10 days following a massive stroke. He was 48. Students, supporters and members of his family held a prayer vigil on Sunday, Aug. 7, at SWD High School. The vigil was attended by hundreds.

Tanks died at Grady Memorial Hospital on Aug. 3 after suffering a massive stroke on July 25 at his home. He passed one day before he would have turned 49.

A candlelight vigil is set for Sunday, Aug. 7, 7 p.m., at SWD High Auditorium, according to a post on Tanks’ FB account.

“We are praying for his family. It’s a traumatic situation for everyone,” said Dr. Melvin Johnson, who chairs DeKalb County Schools’ Board of Education.

Tanks is a Southwest DeKalb alumnus who played for the school’s legendary Buck Godfrey in 1983-84 as a linebacker and went on to become an All-America center at Florida State University in 1989.

Tanks took the reigns from Godfrey as Southwest’s head coach in 2013. Tanks’ son, Michael II, is a senior defensive back and punter for Southwest DeKalb. The Panthers were 4-6 in 2015.

The high school football season kicks off in DeKalb County on Aug. 19. The Southwest DeKalb High Panthers will play the Redan High Raiders on Aug. 20, 7:30 p.m. at Godfrey Stadium.