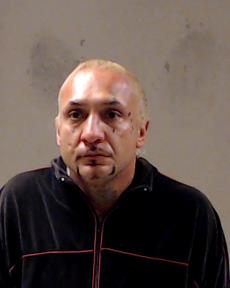 DECATUR, GA—DeKalb County District Attorney Sherry Boston announced a conviction by jury trial in the vehicular homicide death of a young girl and her dog on a busy DeKalb County road.

Jurors returned guilty verdicts last Thursday against 43-year-old Eric Rodriguez on charges of Vehicular Homicide 1st Degree (2), Hit & Run, Reckless Driving, Driving Without a Valid License, Tampering with Evidence and No Insurance in connection with the death of Amiah Kenney, 12, and her dog, Noah.

The fatal incident happened on Nov. 11, 2020 on the Peachtree Industrial Boulevard access road in Dunwoody around 10 p.m.

Earlier that evening, the victim’s mother received a call from a family member whose car had broken down and needed a ride. The victim, her dog, the mother and her mother’s partner got into their car and went to look for the family member. They located her on Peachtree Industrial Boulevard and pulled close to her disabled vehicle. As the group was waiting for the stranded family member to gather her belongings, a motorist driving a Range Rover SUV slammed into the car they were waiting in from behind. The force of the crash pushed the car and the Range Rover into the southbound lanes of Peachtree Industrial Boulevard. Young Amiah and her dog Noah both died as a result of injuries sustained during the crash, the District Attorney’s Office stated in a news release.

According to the investigation, Rodriguez exited the Range Rover following the crash to assess the damage. He then reentered the vehicle and attempted to drive away. When the vehicle would not move, he exited again, ripped the paper tag off of the back of the vehicle, and fled on foot. His unique appearance, which included tattoos on his face and chest, led to his identification via video surveillance following an altercation at a local bar a few days later. Law enforcement also determined that the Range Rover involved in the fatal crash was registered to Rodriguez, tying him to the crime.

Rodriguez is scheduled to be sentenced on Monday, April 4, at 9 a.m. by DeKalb County Superior Court Judge Gregory A. Adams. He faces 18 years in prison.