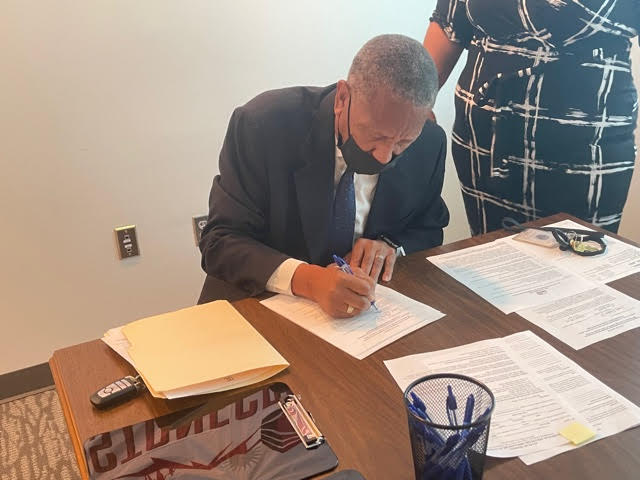 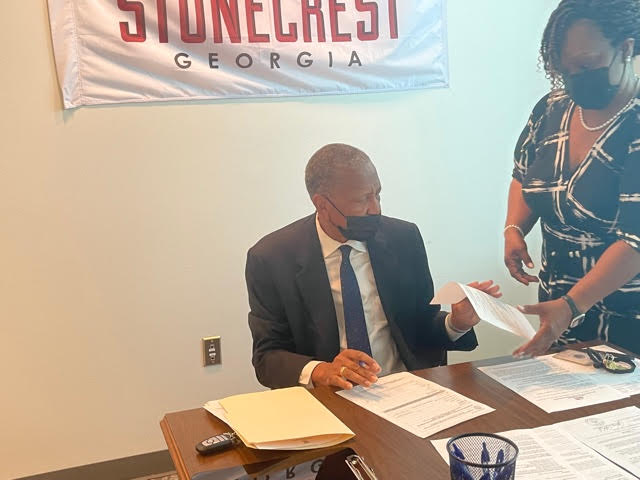 STONECREST—District 1 City Councilman Jimmy Clanton, who is running for re-election, was the first person to qualify today for the city of Stonecrest elections.

There are three council seats up for grabs–District 1, District 3 and District 5. The seats are for four-year terms.  The General Election will be held on Nov. 2, 2021.

Qualifying  will be held Aug. 16-20 at City Hall, 3120 Stonecrest Blvd., by appointment: cityclerk@stonecrestga.gov.